Eddie Zhao is a senior journalism major at Stony Brook University. He was born in China and moved to New Jersey at the age of eight. He studied at Seattle Pacific University for two years before transferring to Stony Brook to earn his bachelor's degree in journalism. 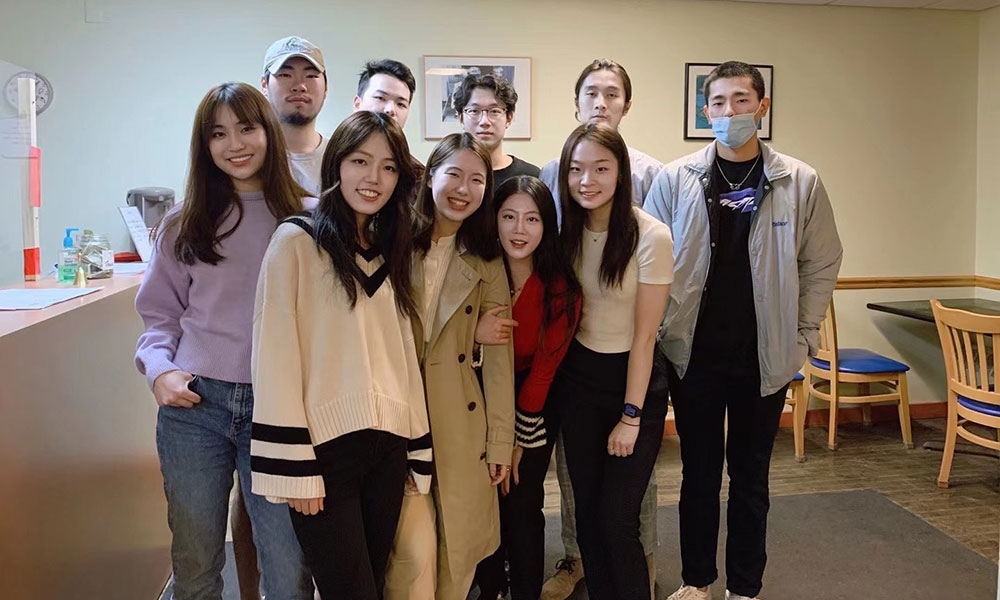 International students at Stony Brook University – both those who chose to stay on campus and those who returned to their home countries – have faced some difficult situations in the past year.

In 2020, the United States was the country with the most cases of COVID-19. Many countries had strict rules for students who wanted to return home. For instance, China restricted the number of flights to one per week for a period. It required 14 days of forced quarantine after entering the country.

Chinese student Sandy Dai talked about her difficulties last year. “It was my parents’ concern,” she said. “They felt like having me staying here, by myself, it’s just a little bit dangerous.”

After purchasing an overpriced ticket, she finally returned to her homeland. But that’s not the end of her story. To continue her education, she had to take online classes with a 12-hour time difference.

“We simply had to turn the day upside down,” she explained. “We had to take the class during the night, it was just suffering.”

Dai was not the only international student who faced such obstacles. Another Chinese student, Zhihui Hou, had class at four o’clock in the morning and believes the situation had a serious impact on her health.

On the other side of the story, it wasn’t easy for students who stayed on Long Island, such as Jane Park, who comes from South Korea. “The price of the plane ticket was rising crazy,” Park said. “Also, if I returned, then my visa would expire.”

“We simply had to turn the day upside down. We had to take the class during the night, it was just suffering.”

Sandy Dai about taking Zoom classes from her home in China, with a 12-hour time difference

Like other students who were far from home, Park suffered from loneliness that sometimes bordered on depression because of the prolonged – and seemingly endless – separation from family and friends.

Vivian Kwan said she didn’t return to her home country of Vietnam last year because she was afraid wouldn’t be allowed back into the United States. She said her education is her family’s priority and she decided she had to stay tough and work hard even though she was lonely.

Grace Zhang, an assistant director of the Chinese Student and Scholar Association – Stony Brook’s largest international student group – said the organization has tried to help. When supplies were low last year, the association worked with the Chinese Embassy in New York to deliver safety kits to students. Zhang said there was also an effort to change class times to accommodate international students suffering because of time differences.

Like all students everywhere, Stony Brook’s international students – no matter where they chose to ride out the pandemic – can’t wait for their educations to return to normal.

Eddie Zhao is a senior journalism major at Stony Brook University. He was born in China and moved to New Jersey at the age of eight. He studied at Seattle Pacific University for two years before transferring to Stony Brook to earn his bachelor’s degree in journalism.